“There are men who bloom in chaos. You call them heroes or villains, depending on which side wins the war, but until the battle call, they are but normal men who long for action, who lust for the opportunity to throw off the routine of their normal lives like a cocoon and come into their own. They sense a destiny larger than themselves, but only when structures collapse around them do these men become warriors.”
Guillermo del Toro,  Film Director
➜Objective
Choose one director and create a film festival for that director by coordinating a large number of materials that must all work together. The aim is to combine numerous messages with various formats while maintaining a cohesive and holistic aesthetic. This aesthetic must represent the director's personality and storytelling style.
➜Approach
Guillermo del Toro is the master of creating a monster’s journey through unlikely heroic deeds to self-redemption and exposing the real meaning of a creature. This project attempts to incorporate the artistic expression of del Toro. I created materials with the concept of journey and an old journal. I used rough paper texture to represent age. One of the main graphic elements is the monster's scratches throughout the design pattern.
➜View Website Prototype
➜View the project in Visual Category

➜This is how the website is responsive on mobile. The switch on the upper right allows users to watch films anywhere synchronously with the film festival. 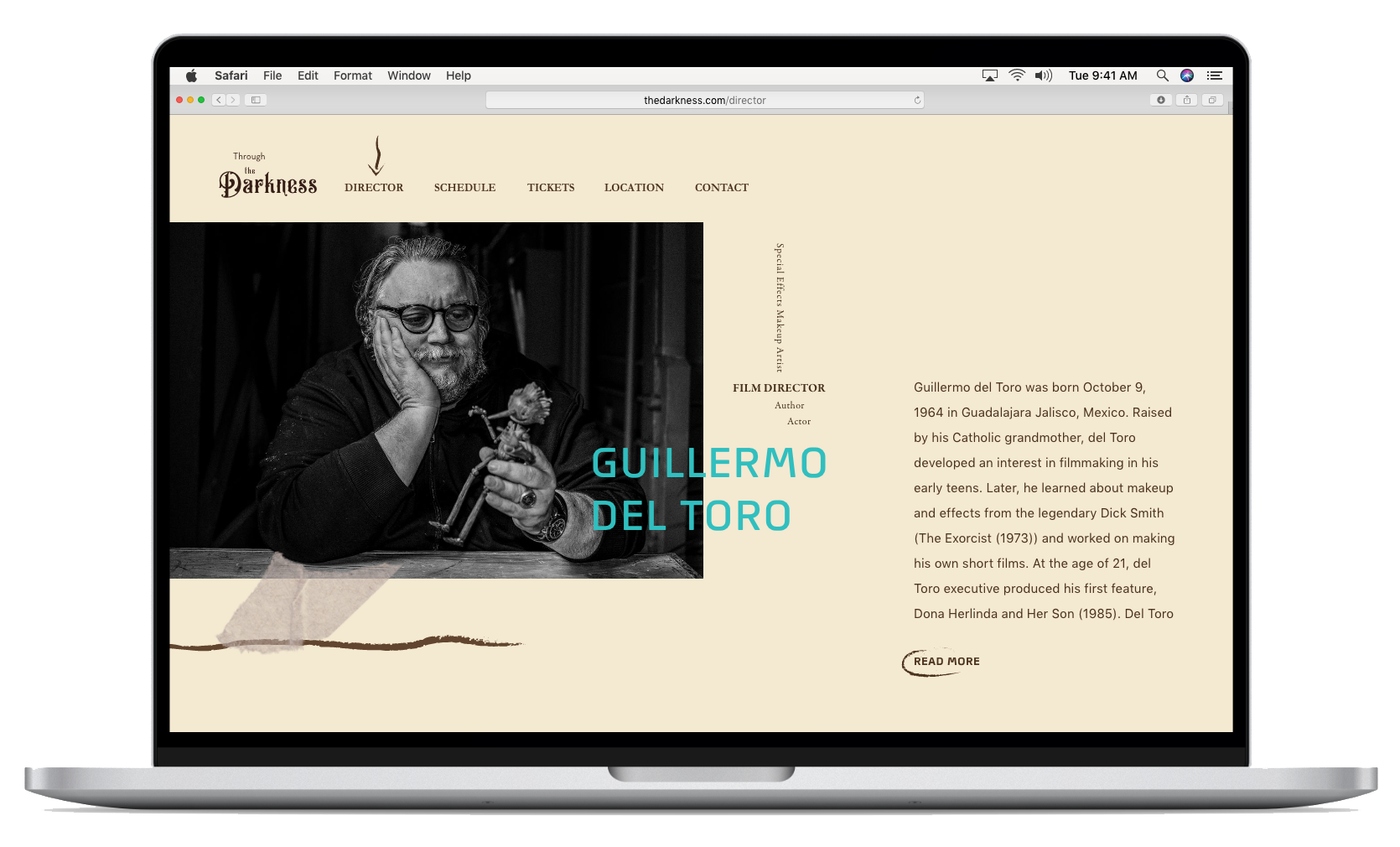 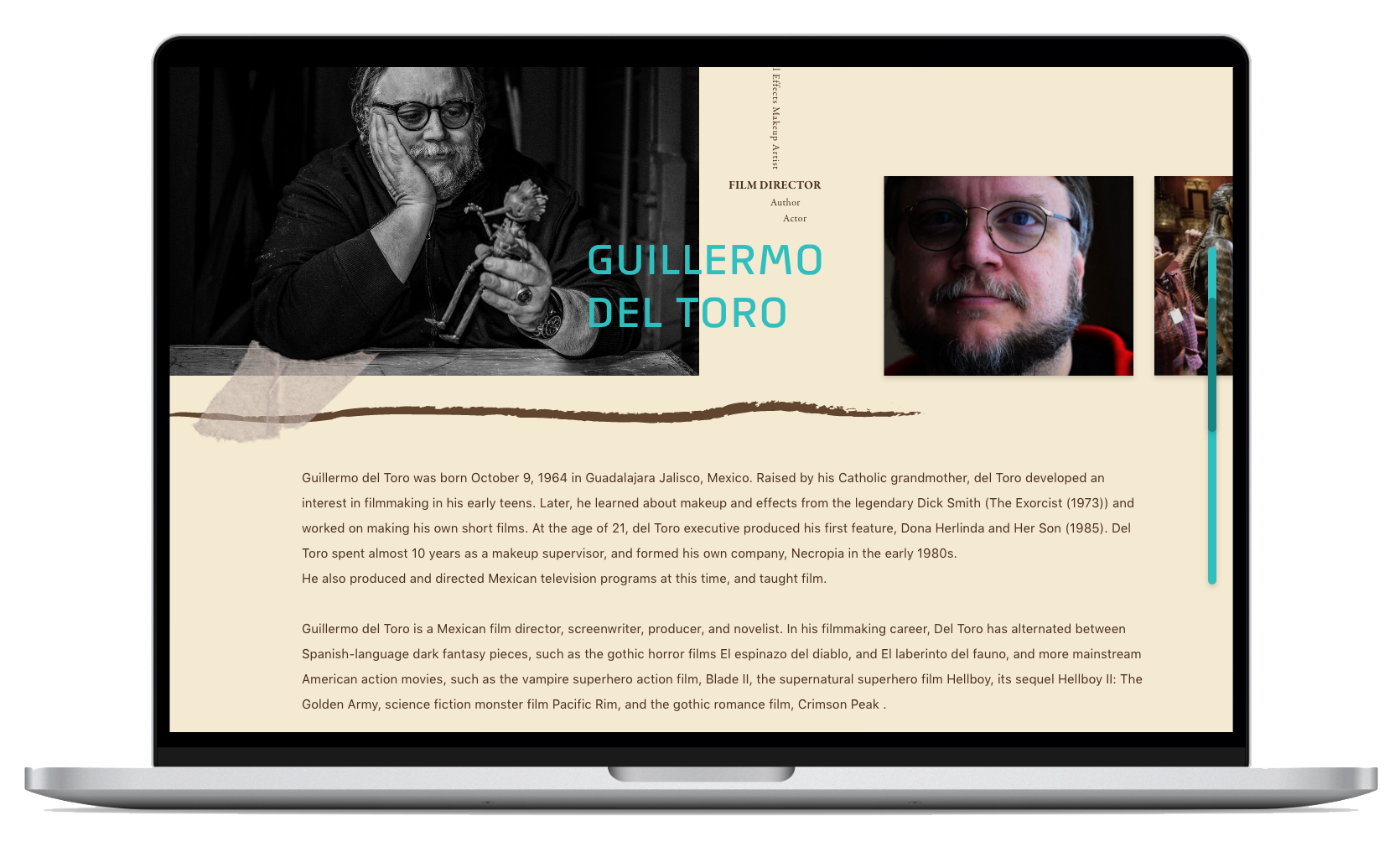